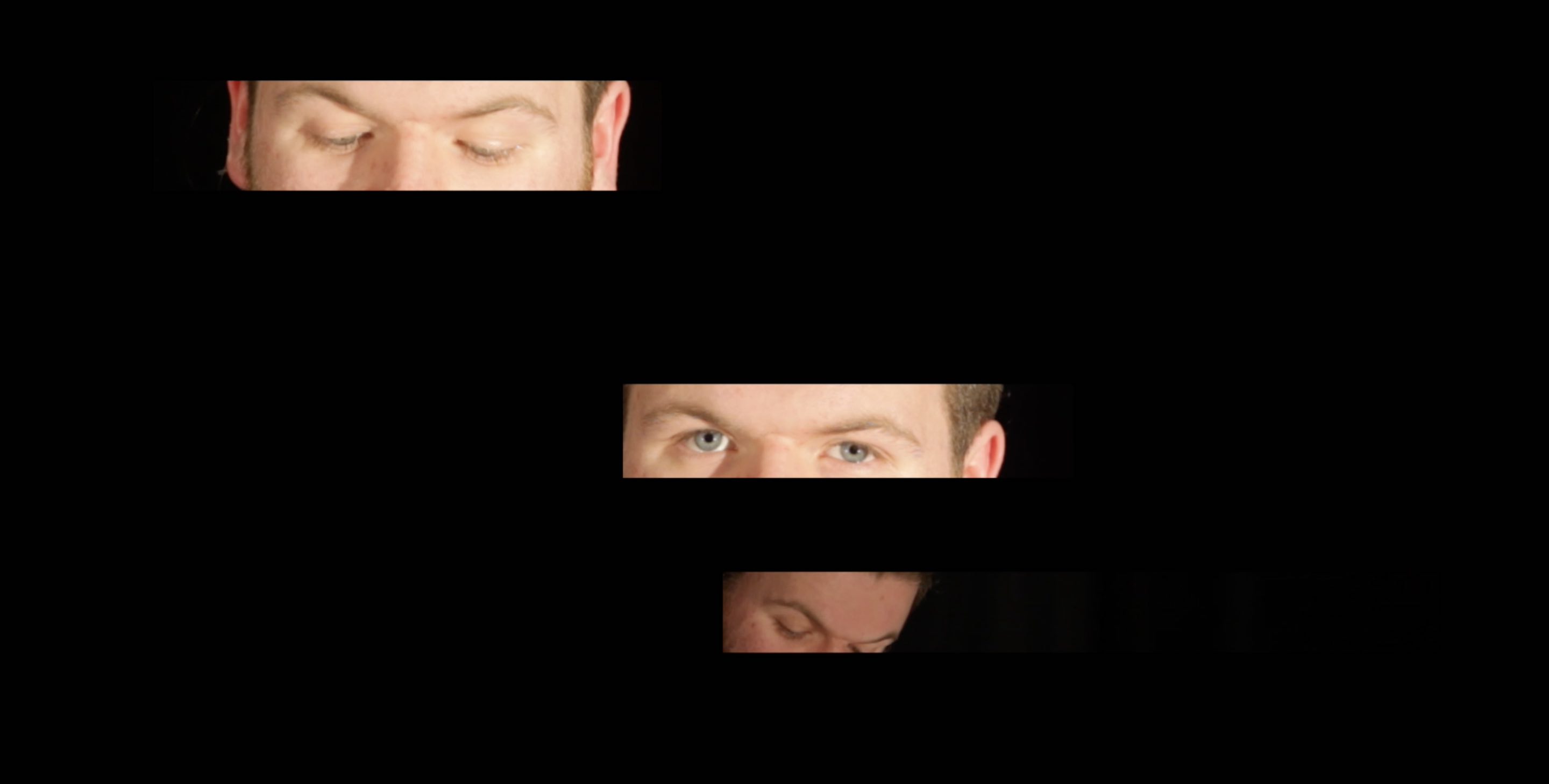 Sight is focused on examining blind spots and narration.

This experimentation with the voice has been influenced by a text by Edward Miller, ‘Emergency Broadcasting and 1930’s American Radio’ where Miller discusses the power of radio voices to provide a certain embodiment, by transcending the body and simply existing as sound. This work highlights the source of sound to be found in a place that is apart from the camera, thus inaccessible and invisible to the gaze of both the actors and the viewers.